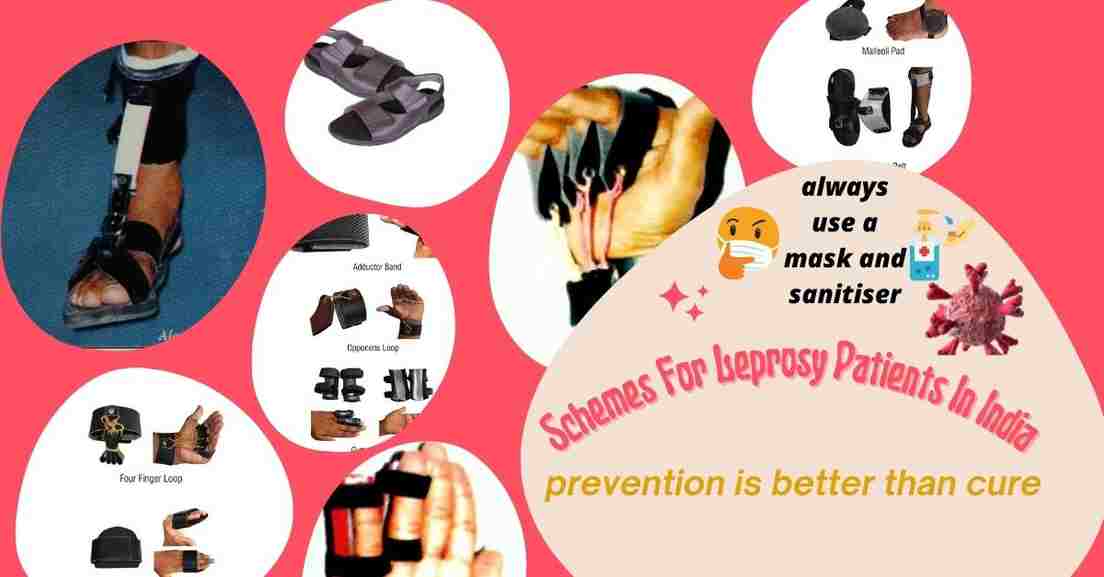 By the way, due to the efforts of the Government of India, the number of patients with disabilities from leprosy in India has reduced a lot. Nevertheless, for the leprosy patients who have become disabled, the Government of India has started many schemes for Leprosy patients in India, so that they do not have to depend on others and he too can live his life by being a part of the society. What are these schemas, I have explained them in detail below in this article? So plz read my full article to know about these schemes.

As soon as the name of the word Leprosy comes, the first thing which comes to our mind is that it is a contagious disease. Wise now, the misconceptions( Stigma in Leprosy) that were spread about leprosy that leprosy is the result of bad deeds, or is the result of deeds of previous birth, have fallen short of our efforts.

To reduce the stigma we (Health department -India ) organize different types of group meetings at the village level and get into the people directly and teach him about symptoms of Leprosy and tell him that Leprosy is just a disease, it is not a contagious disease, it does not spread by living together, eating together, etc. We organize IEC activities to reduce stigma.

Due to these efforts, the stigma that was spread regarding leprosy has reduced considerably today but still not completely eradicated. We are still trying our best to eliminate this stigma.

Note: Leprosy is not a contagious disease it is completely curable with MDT (Multidrug therapy) which is available free of cost at every Government hospital and primary health care center.

The dramatic changes occur when The Government of India launched the National Leprosy Country Program in 1955. After the launch of MDT in 1982, this program was converted to the National Leprosy eradiation Program(NLEP) in 1983, to achieve the eradication of leprosy from the country.

The main motive of launching all these above programs is early detection and early treatment to prevent the patient from reaching a state of disability. There are many milestones of NLEP which show you how NLEP plays an important role in reducing stigma in Leprosy and preventing disability in Leprosy via their different programs.

LCDC was inaugurated in March-April 2016. The major goal of this campaign is to avoid impairment via early diagnosis of leprosy in affected people.

ABSULS(ASHA Based Surveillance for Leprosy Suspects):

This campaign started on July 1, 2017. This campaign runs from July 1, 2017, through July 1, 2019. The goal of this initiative is to find hidden Leprosy cases early so that treatment may begin and disability can be avoided. For more detail.

This program has been started in October 2018 under NLEP.In the PEP program Whenever a new leprosy case is found, after surveying 10 houses adjacent to it, they are fed a single dose of rifampicin according to age and weight. For more detail.

In this campaign, our health workers survey the whole village where a new disabled patient or new child case is found. after the survey, if any new patient is found then we started the treatment and prevent them to become disabled. For more detail.

SLAC was launched on 30th  January 2017, which is the anti-leprosy day. ( on the occasion of the anniversary of Mahatma Gandhis death ) This is also celebrated as a world leprosy day worldwide. For more detail.

To pay homage to our nations father, Mahatma Gandhi, on his 150th birthday, the central leprosy division of the Ministry of Health and Family Welfare, Government of India, has embarked on a yearlong comprehensive campaign dubbed Sparsh Leprosy Elimination Campaign (SLEC) that will run from October 2nd, 2018 to October 2nd, 2019.in this campaign spread the awareness between peoples about leprosy.

Indian Government launches Active Case Detection and Regular Surveillance ( ACD & RS)program in 2020. In this program, Our health workers will thoroughly check all the members of each household in their selected areas. And if any of them have a suspicious death, then they reach it to the nearest primary health care center. Where that suspect is re-examined by the expert doctor and if the leprosy is confirmed in that suspect, his treatment should be started immediately, thereby preventing him from reaching a state of disability.

Schemes For Leprosy Patients In India:

Schemes for Leprosy patients in India are as follows:

1. A disability certificate is issued by the Government of India to disabled patients with leprosy and based on this certificate, leprosy patients get condensation in railways, which is the best Schemes For Leprosy Patients In India.

2.2500 monthly pension is given to disabled leprosy patients by the Government of India, which is the biggest pension scheme ever, this one is also the best Schemes For Leprosy Patients In India.

3. If there is a wound to the disabled patients with leprosy, then they are given a self-care kit, that too absolutely free.

4. Patients with leprosy who have an anesthetic sole are given MCR slippers so that they do not have wounds on their feet.

6. Disabled patients are given free RCS(Reconstructive surgery) and the biggest thing is that when the patient comes back home after getting surgery, then an incentive amount of 8000 rupees is given to his account, this one is also the best Schemes For Leprosy Patients In India.

7. Different type of appliance is given to the leprosy disabled Patient to facilitate her daily living activity.

So friends how you like this article give your valuable comments and suggestion also. which help me to improve my skills.Although I have tried my level best to give you more information about leprosy. I hope you like the information about Schemes For Leprosy Patients In India. In my next article, I will cover the topic Non-Leprosy condition of the skin(leprosy-like disease), so keep reading my articles and dont forget to give your comment and suggestion. Your comments are valuable to me. and dont forget to subscribe to my website So that you keep getting information about my every article.

FAQs for Schemes For Leprosy Patients In India:

In leprosy the Mycobacterium laprae damages the sensory nerves in leprosy patients this is why the patient is unable to feel pain.

What is the full form of IEC Leprosy?

The full form of IEC Leprosy is Information education and communication

Why is Leprosy still a problem?

The Mycobacterium laprae, which causes leprosy mainly damages the nerves. If a Leprosy patient is not treated at a time then he may become disabled due to nerve damage. This is why Leprosy is still a problem.

Does India still have Leprosy?

Although leprosy is still there in India leprosy has ended in many places of India. The pharmaceutical company, Novartis, is a major contributor to this achievement which has donated MDT in 2005. India has declared that leprosy will not be a problem for India for a long time.

What is the survival rate of Leprosy?

Leprosy is not a life-threatening disease because it does not affect our internal organs. This I why its survival rate is high approx..95 %.

What is the primary prevention of Leprosy?

Currently, there is only one thing is for the primary prevention of leprosy and that is the Vaccine of BCG( Bacillus Calmette-Guerin ). Single-dose of BCG will give you approx. 50% protection against Leprosy.

Is there a vaccine for Leprosy?

There is no vaccine generally available to prevent leprosy. However, the bacteria that cause leprosy and tuberculosis are related to each other, both are acid-fast bacteria.
Therefore, the vaccine used in tuberculosis can give some protection against leprosy.

Are there any leper colonies left in the world?

Although Leprosy is irradicated now at least one ostensible leper colony still exists.

How did leprosy start?

Leprosy began in East Africa or the Near East, and it spread along human migration routes, including trade routes for goods and slaves.

What is leprosy called now?

Now Leprosy called Hansens disease because he discovered Mycobacterium leprae, a slow-growing microbe, as the cause of the disease in 1873. Leprosy is a chronic infectious disease caused by Mycobacterium laprae.