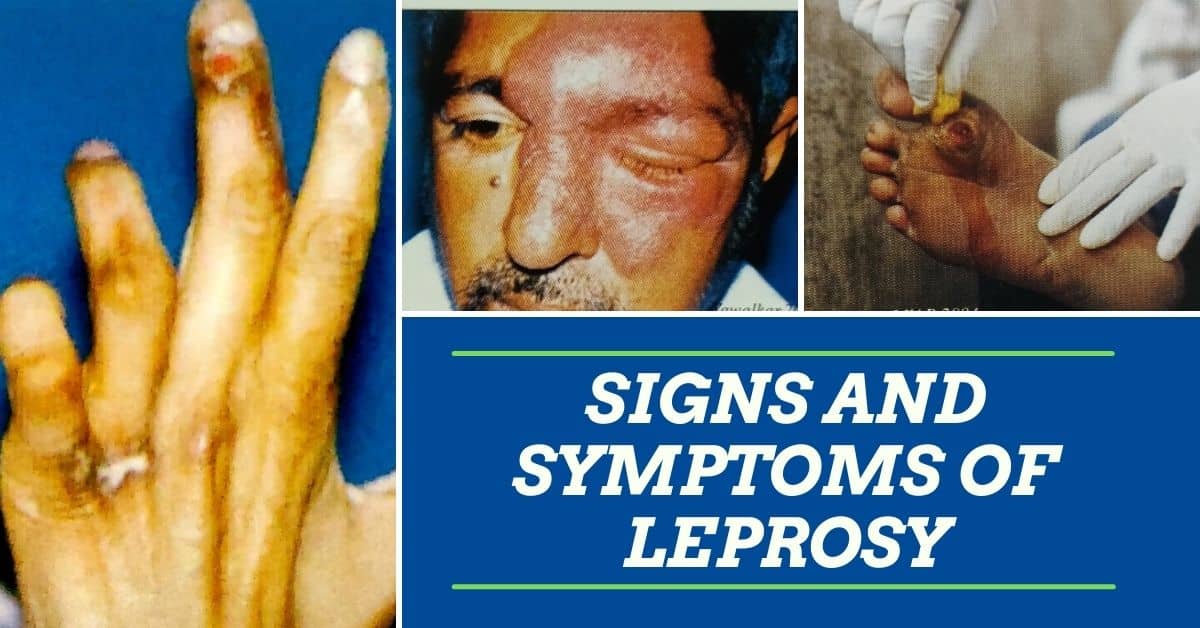 In my previous article, I have told full information about the history of Leprosy, the origin of Leprosy, full details about medicines used in the treatment of Leprosy, the Role of rifampicin in Leprosy, about NLEP programs, full form of PEP, FLC, etc, and milestones of Leprosy.

Definition of leprosy (Hansens disease)| what is Leprosy:

The incubation period of leprosy:

The symptoms of the disease occurs generally after a long period of getting the infection.

On average, the incubation period of leprosy is 5 years but symptoms may occur within 1 year. It can also take as long as 20 years or even more to occur, as M.leprae multiplies very slowly.

Up to five hypopigmented anesthetic patches or involvement of one nerve.

MORE THAN FIVE hypopigmented anesthetic patches on skin, nodules, or involvement of 2or more nerves.

it is a typical MB leprosy case. in this type patients nose becomes depressed(termed as saddle nose deformity), their face looks Mongolian, oily, loses of eyebrows(as shown below in the figure.) this type of patient is highly infectious.

LOW IMMUNE SYSTEM IS THE MAIN REASON TO A PERSON INFECTED WITH M.LAPRAE because due to low immunity bacteria can survive in the human body and damage the body.

Mode of infection|How does leprosy spread:

An untreated leprosy-affected person can only be the source of the transmission of bacteria.

When an untreated leprosy-affected person coughs or sneezes then M.leprae comes out with his droplets and enters in healthy person through the respiratory system. If this person has low immunity then the bacteria migrate to the skin and there they start multiplying and damaging the skin and in a later stage may cause permanent disability (if not treated early).

What are the cardinal signs of leprosy?

There are 3 cardinal signs of Leprosy:

1. Patch with definite loss of sensation

3. presence of mycobacterium laprae in a skin smear test.

Note: If there is a presence of Mycobacterium laprae in skin smear and there is no evidence of physical signs like Anaesthetic patch and Tenderness of nerve even then we will start the treatment. We wont wait for physical signs to appear.

Leprosy affected person can be shown following signs and symptoms:

TESTING THE SENSATION OVER SKIN:

Put a ballpoint pen(with a plastic body) without a cap and touch the affected part of the skin and ask the patient to count on each touch. if the patient cant count the touch area, it is to confirm that part is anesthetic and the patient is leprotic.

Involvement of peripheral nerves, as demonstrated by definite thickening with a loss of sensation with or without weakness of the corresponding muscles of the hands, feet, or eyes.

Examination of nerves in all the patients is very important for diagnosis, and prevention of deformity.

SITE: Within the groove higher than and behind the medial appendage of the elbow.

SITE: The median nerve runs parallel to the palmaris longus on the ring finger.

SITE: The redial nerve passes diagonally into the redial groove.

SITE: Back of knee behind the leg bone.

SITE: Bellow and behind the medial malleolus.

The method of sensory test over the skin supplied by the nerve is the same as for testing a patch.

Area of nerve supply: The little finger and ring finger and middle part of the palm.

Area of nerve supply: Top of thumb and back of the hand.

TEST: Testing the back of the hand with the tip of a ball pen.

Area of nerve supply: Outward & posterior part of the foot.

TEST: Examine the top part of the great toe with the tip of a ball pen.

Area of nerve supply: Full area of the sole.

TEST: Test with the tip of a ball pen near the toes and heels.

Area of nerve supply: Cornea of the eye(supplied by the trigeminal nerve).

TEST: Examine the cornea with the end of a cotton swab.

What is the incubation period of leprosy?

The incubation period of Leprosy is 2 to 20 Years.

What is the mode of infection of Leprosy?

The mode of infection of Leprosy is droplet infection.

How many nerves are Commonly affected in Leprosy?

6 nerves are commonly affected in Leprosy.